Listen to all ASIWYFA releases. 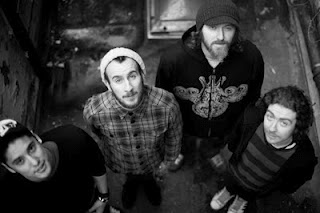 When previewing their latest album Gangs set to be released at the end of this weekend, And So I Watch You From Afars catalogue is now streaming over at their bandcamp, and featured here too. Get the entire ASIWYFA experience.
It started with the self titled release out on small town America records released in April 2009. A powerful release which has remained invigorating to each listen.
Following this was The Letters EP which was recorded in 4 days between tours.
Both now streaming here so you can enjoy the ASIWYFA full discog experience. Be sure to check their new album streaming in a previous post here.