April 20, 2011
Brontide are back.
Their single Matador which is shown above, is taken from the debut album “Sans Souci” due 30th May on Holy Roar Records.
Vide- Produced and Directed by Charlotte Knight
www.charlotteknightproduction.com
Filmed and Edited by Nic Britt
You can download the single for yourself for free from the three piece here-
Matador by Brontide.
The album that will arrive shortly is available for preorder now via Holy Roar Records. All Preorders come with a bonus live recording of the album, captured by Beatcast. 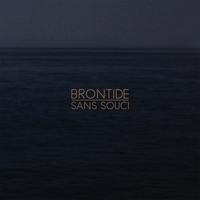 After a low key digital demo release and an appearance on the ‘Holy Monsters!’ split 10″ with Shapes, Holy State and the Tupolev Ghost, Brontide have FINALLY arrived with their debut album.

The wait has been more than worth it. Almost considered Holy Roar veterans at this point, Brontide have done things the right way – not blowing their load too early, instead taking their time to create a truly wonderful album that showcases all the promise they have displayed live to date.

With members having done time in The Petty Thief, Pictures, Le Swing, Iwasacubscout and La Roux – Brontide are a true melting pot of far more than their collective experiences. Veering from near-Converge like intensity, to Kinsella-esque passages, to serene post-rock, Brontide have delivered an instrumental rock album for all occassions and tastes. 8 songs delivered it a continuous flow, this is a 50+ minute journey that truly shows Brontide have arrived.

Pipers single ‘Ask Me For A Cigarette’ out now!

Into It. Over It. Forthcoming Split with Such Gold [News]