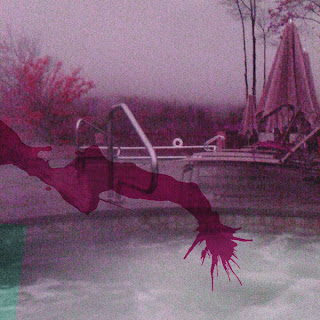 Warm Ghost is the brainchild of media/music mogul Paul Duncan whose past work has seen collaborations with such artists as; Oren Ambarchi of Sunn O))) and Chris Bear of Grizzly Bear. Hailing from Brooklyn, US Warm Ghost was originally a one man effort but soon joined forces with Oliver Chapoy, co-writer of instrumental band Saxon Shore. From combining both musicians talents, the band has since evolved from a hobby into a full time directional change, fusing instrumentation / electronics / synthesizers and drum machines and creating psychedelic electronic dream pop.

Signed to Partisan records the duo have just released their début EP titled “Uncut Diamond” a tease for a forthcoming album due to be released on the record label in the not so distant future. The “Uncut Diamond” EP contains new and remastered tracks from their album session, Claws Overhead, which was released on a completely different label, Geographic North.

This 6 track EP shimmers in electronic tweaks, glutinous strength of textures, 80’s cold wave synth pop, brooding tensions and dense melodies. Cultivating an atmospheric lo-fi journey whilst withstanding a mysterious and spin chilling spectre. Their sound described as “[an] arranged shimmering sonic world of twisting words and melodies inside dense environments”. Throughout the release, constant comparisons of Depeche Mode have been moulded. With a rising amount of synth driven pop bands, Warm Ghost is one to be noted for its creativity and deliverance, Duncan’s vocals are the driving force pushing this outfit into prominent hype. Hazy and saturated with a delay in most tracks, he certainly provides a melancholic tone. 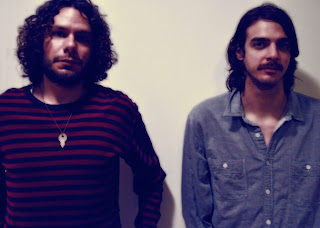 Opening track “Open The Wormhole In Your Heart” begins with a humbling pre-build up of warm fuzz/feedback introducing the listener to the duos resonance. Dripping in reverberation, the track instigates a dream-like ambience, and is by far one of their most uplifting tracks from the release. Displaying a lo-fi effort, with elements of electronic goth rock enhanced with sincere shoe gaze. Duncan’s melancholic vocals present throughout.
Tracks such as “Without a Dancer” turn the release around and project it into an instant darker aura with the aid of chilling synthesis and modulated sine waves. “Claws Overhead” increases the release to an additional upbeat effort and holds more lyrics and praising chorus than previous tracks leading up to this, this is the track that will transport you away into any fake sense of security with its repetitive notes and libretto lulling the listener away. An easily repeatable dream pop composition.

The finale of the EP grasps the track “Let My Angst Unfold In The Water Like A Hounds Tongue” which manages to convey a further impression on the duos talents by adding some heavy sampling on top of the echoing chorus and consistent 80’s electronic drum beat, this track supplies a somewhat icy yet sinking feel.

Overall the release is easy listening. Its repeatable and holds a few feel good tracks, they’ve managed to create an atmosphere that balances their talents. The only worry is that the band need to concentrate on keeping that balance with their future album release and not to become just another synth based band. This is a notable release on their behalf.