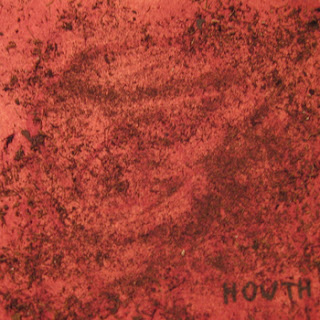 A duo based between both Brooklyn, NY and Minnesota. Made up of singer/songwriter Carl Creighton and multi-instrumentalist Blake Luley together they have composed a totally stunnning effort emphasizing a talent they share.
Recorded in a makeshift basement recording studio, Howth’s self-titled album is the second collaboration between singer/songwriter Carl Creighton and multi-instrumentalist/producer/friend Blake Luley. 11 North, released in 2010 under Carl Creighton’s name, was a diverse, tightly arranged and carefully produced collection of pop-folk songs. Howth is, in many ways, a move in the opposite direction. Taking advantage of their ramshackle recording setup, Creighton and Luley let these songs breathe and, with minimal production, the resulting sound is intimately warm and strikingly immediate. The dust and darkness of the cavernous basement rub off on the songs, which shamble and ache with quiet loneliness, tenderness, and a confused sense of humor. Howth is an album that feels loose and spur-of-the-moment, and yet the songwriting is moodier and more focused than ever before.

Carl Creighton has been a mainstay of the Lower East Side’s anti-folk scene since he first moved to the City in 2006. Originally from Minnesota, Creighton has released two albums under his own name, 2008’s Minnesota and 11 North in 2010. Shortly after the recording of Howth, he moved back to Minnesota, where he plays with Wasted Education and manages his record label, Filthy Pits.

Blake Luley has produced and played for a variety of different bands since moving from New Jersey to Brooklyn in 2007. His work has ranged from rockabilly punk to dreamy pop music to psychedelic electronic beats. He currently plays with Toytrain and Baby Fever, and manages The Homesick Collective.

The S/T Release over the course of its 11 tracks, will guarantee to take you on a sentimental journey highlighting pure emotion, plaugued with passion. If only listening to a few tracks the impression made with leave you with a bittersweet taste and an ache to hear more.
The Album is streaming below via Howth’s bandcamp. Its offered as a pay-what-you-want for a limited time, meaning you can donate whatever you can, or you can grab it for free. If you choose to donate, the money goes towards a proper pressing of the album
Get closer to Howth by becoming a fan HERE.