February 7, 2011
Anyone who has the ability to get to Madison Square Gardens April 2nd should without a doubt get there and commiserate in the last ever LCD Soundsystem show. 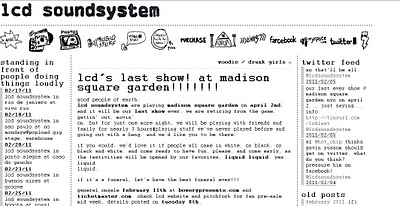 James Murphy wants to create the ultimate funeral for the band having announced they will retire following their last show.
The good thing about this regretful announcement is that Murphy hasn’t stated that its the last LCD recording. They still may bless our ears in the future. Fingers Crossed.