There seems to be a surprising amount of incredible 2-pieces proving you can make as much noise as if there was double the amount of musicians working next to you. Run, Walk! is one of these duos.
Run, Walk! consists of Matthew Pickering-Copley on bass and vocals and Tom Clements on drums.
The 2 piece hail from Winchester and after exploding onto the live scenes, they were quickly snapped up by notorious hip hardcore and sound pelting label Holy Roar who also home Gallows, Rolo Tomassi, The Ghost of a thousand to name a few.

Their 3 track EP can be related to what you can experience live from the two.
Overall a 6minute journey of abrasive, hard-hitting, ferocious and intense noise beating from the duo. With strained vocals and tracks which exploit a hardcore side.

The EP opens up with track Virus- and sure enough those beats fused with the epic breakdowns are that like a virus, ruddy infectious.
But as that track raucously ensues into the title track Peekay, a wall of sound, carrying the tense vocals, riffs and the throbbing drums immediately hits you without warning. The bass throughout the track is simply trying to overcome a dirty fight with the feedback, (taco vs. grilled cheese sandwich style, prison rules?)
And then PEEKAY draws to a notable climax finishing with Throw Nothing At The Sea, with regular comparisons to that of the distinguished Lightning Bolt, this is the track which you can identify that influence. Its an intense sound frenzy.
Surround yourself in distortion, feedback, crunch and perpetual start stop progression.

Run, Walk! have previously released a 7 track EP titled “I hope this all works out so I can stop standing on even amounts of manholes in the street” which gained critical success shortly followed by the release of an instrumental 4 track EP. And now the release of PEEKAY. This band have managed to make each EP more different from the last, working on their strength as a band, their talent and a shit load of diverse tracks. 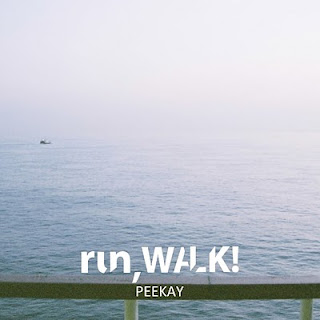 This band are continuing to gain an incredible amount of success with Airplay on Radio 1, XFM, BBC Radio 6, BBC Introducing, Artrocker Radio, NME radio and more!
Past tours and shows played with such acts as Rolo Tomassi, Young Guns, Gay Against You, This Town Needs Guns, Blakfish, Tubelord, Pulled Apart  by Horses, Throats, Young Legionnaire. (Shows in UK+EU). 4 Sold out releases behind them and festival appearances including SXSW all of last year.
What are you waiting for? Download their EP for free via music glue simply click the link!
http://www.musicglue.com/runwalk1
You can catch the 2 piece live at any of the following dates- 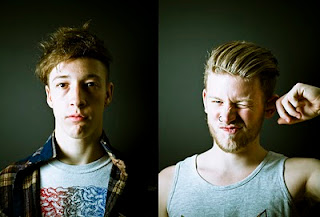 Become a fan of these guys on Facebook for more gig dates, more news and more tracks HERE.