Another really awesome review of Aulos’ debut EP can be found courtesy of One Beat. 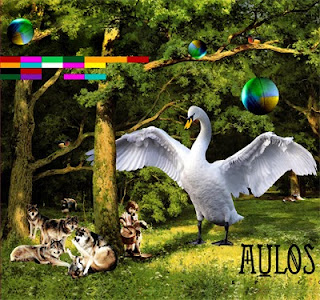 “It’s amazing what you can achieve as a two-piece, and Hereford duo Aulos are aural proof of this. Primarily a guitarist and drummer, they also utilise keys and electronics to forge their progressive sound which has culminated in an impressive instrumental EP.

Aulos weave the best of math, post-metal and post-rock into this five-track affair with great results. Simple looped guitar rhythms layer up into walls of elated sound, automatically putting Aulos in the same league as Tall Ships (I can only imagine that Aulos’s live show is as awe-inspiring as theirs). But from upbeat passages of music, Aulos veer into soaring soundscapes and occasionally throw some heavier atmospherics into the mix, giving them an energy that is entirely their own.
To call Aulos schizophrenic is too extreme, but bi-polar would fit nicely when attempting to describe their sound; their changeable moods elevate and deteriorate in a matter of moments which makes for keeping attention spans thoroughly occupied.”