A Circuit Sweet Favourite.
The first time I caught this band live, I was uplifted. I still stand by the fact that I truley was not expecting what the fix was delivering, they had captured me. 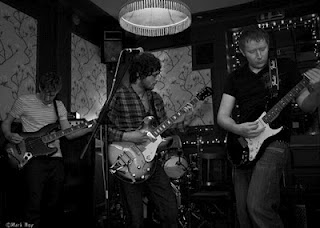 Tallulah Fix are a 4 piece consisting of Rich Monk – Vocals and Guitar, Scott Mcfadyen -Lead Guitar, Louie Webb – Bass and Kevin Gunton – Drums.
The band formed in late 2008 and are continuously going from strength to strength, with an evergrowing impressive fanbase and a list of successful gigs. This year has seen the band headline the 02 academy 3 in Birmingham as well as play in such legendary venues as Dublin Castle, Camden and Hope & Anchor, Islington. They’ve played with such signed acts as Zebedy Rays and Swound! And have recently been a featured artist on NME.com.
The band fuse many different influences, inspirations and general musical style to create their own genre of music- Blunge (Blues + Grunge). A combination that most certaintly works for them.
“An outfit of such quality they sent my lower jaw floorward. Hitting you right between the eyes & ears Tallulah Fix have you nodding & tapping your feet right from the off. This lot have to be one of the finest new acts I have heard in years and will only be a matter of time before they hit the big time. This cultish foursome can wake up the country” – BBC Introducing


“Like old kings of leon had a 3 way with nirvana and cream”– Rob House.

November 1st 2010 will see the physical longawaited release of the bands debut 3-track EP. Recorded at Birch Studio, Hereford. Mixed and Mastered by Jim Saunders.
I strongly recommend you get your hands on this and dive into a session of full on venomous riffs, fierce vocals, filthy basslines and pulsating drumbeats. You can listen to a track from the EP via Tallulah Fix’s Soundcloud below.

“Dirty blues at its finest. Everything about this band live or on record makes you want to rock out and get filthy. McFadyen is definitely one of my favourite local guitar players at the moment and Rich Monk is a truly original voice to match.”– Oli Montez. Aulos, Sound Guardians.

Serotonin Sickness – Tallulah Fix by Tallulah Fix
Spread the word and the Love for this band. Get their EP!
Tallulah Fix are without a doubt a must see live, the band have this essence that you need to seize when they perform.
Join them on facebook to keep up to date with latest gig news- http://www.facebook.com/pages/Tallulah-Fix/144769918891585
The Band will also be in session for BBC Hereford and Worcester 104FM Friday November 12th. Tune in from 7-9pm on this date to hear the band perform tracks from their EP as well as an interview with the guys.
Also check their myspace with more tracks HERE.