Black Apple.
First on for the night, and immediately raising the bar for the acts following.
Each time I see these guys live, their performance is stronger and more tighter than before.
Black Apple deserve a LOT more praise for their creativeness; dynamic time signatures, heart stopping beats, riffs and the severe phatness and imensity of their set.
Bleach Drinker by Black Apple

Aulos.
This 3 piece are becoming very well known around the midlands for their must see live perfomances. Sundays show was no different.

Admittedly less room to showboat and break out a lot of moves due to a small stage rammed with an epic wall of sound and 2 large pedalboards that would make any pedal fan weep.
They still managed to show the crowd and indeed their fans how much fun and passion they have and bring to their performance, yet with smoother transactions between each track, they were really working well together and in the zone.
More epic breaks and stops than a learner driver, more gnarly shreds you can think possible, a very tight set kept the crowd captivated until the infamous gameboy is played throughout the last song. 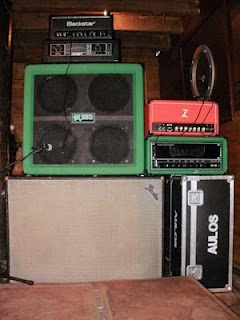 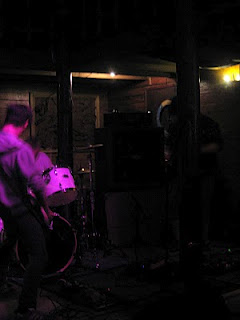 Tastyhead.
These guys pulled in a big crowd and definetly entertained them, with smiling faces, clapping hands and stomping feet.
Personally I was left amazed by the broooootal drum beats and timings.
This band do not mess around with volume- its loud.
The set was phat, intense and very sweaty. Totally worth wilting in the heat to withstand the set. without a doubt.
Unfortunetly I missed them at the Jailhouse earlier this year so this was the first time I had caught them in 2010, and their set hit me with such force that it wont be the last I see them.


Clay Statues.
This legendary band graced Hereford to fuck them up with noizenoizenoize. I say graced, I mean bombed.
This unconventional drum and bass act for the masses put on a total eardefying set, overcoming issues to literally rock a bloody ship.
The Statues provide an intense, active, angry yet melodic, volume exploding set.
Loud means absolutly nothing to these two as they mix their energetic disco beats with dirty punktastic riffs. Creating a set that gained new listeners and new fans, simply left absorbing the talent and originality of the boys.


They are currently gigging everywhere and anywhere you can image causing mayhem to whatever they can and promoting their new ep “Yay, Volcano”
I recommend you snap this bargain up, for funtimes, dancetimes and singalong times. 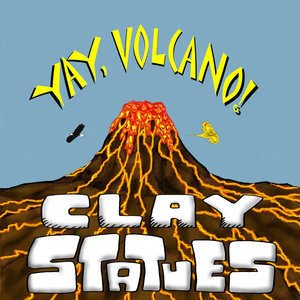 I have been extremely lucky to have witnessed this 2piece and recommend you do too. They have just confirmed a tour with the punk legends The Damned in August.
Catch them if you can.